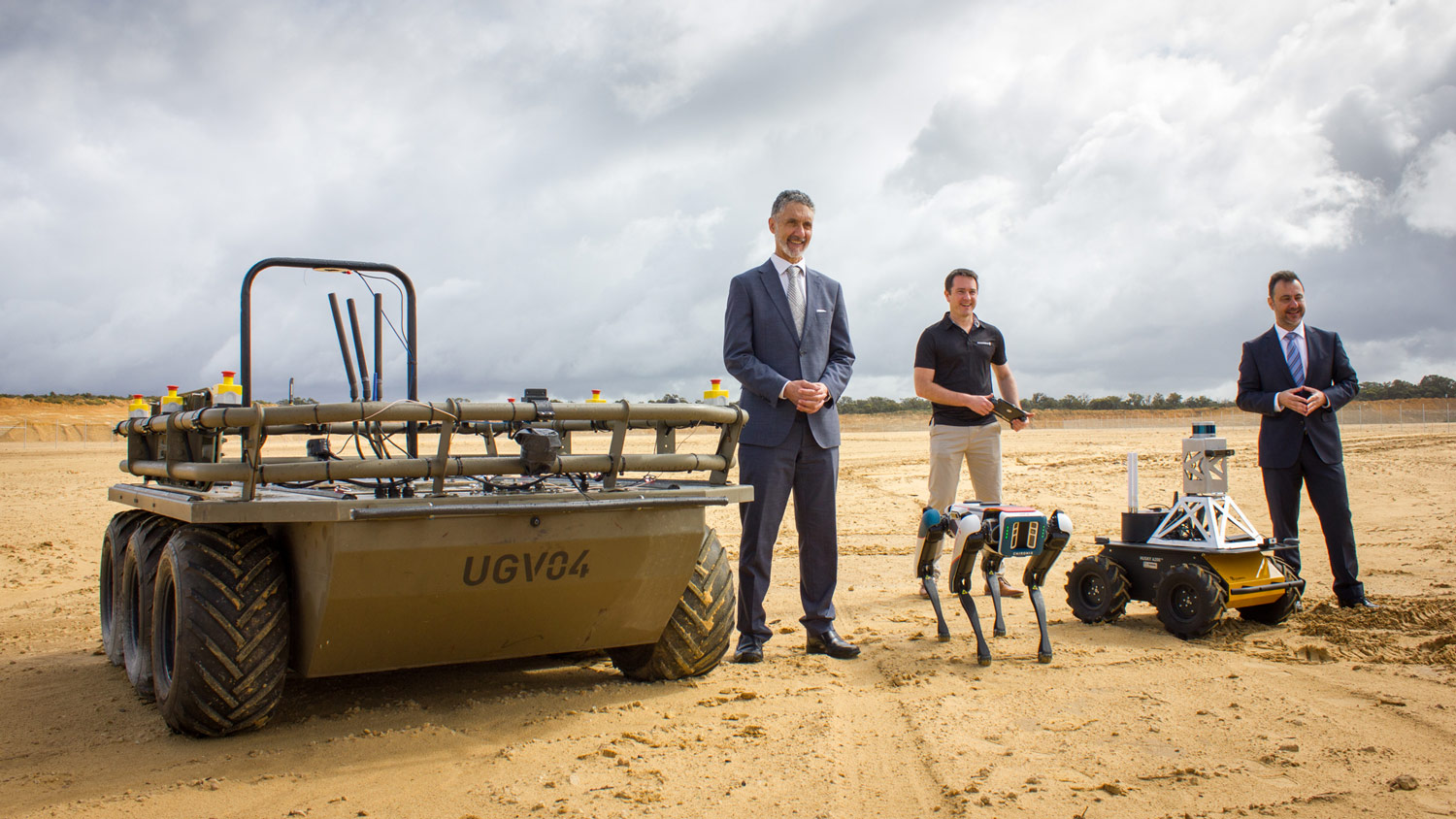 On the 5th of October, the state Government announced the development of Australia’s first robotics test facility based here, in our home of WA. It’s located 40 kilometres north of Perth and Chironix was invited to the initial press conference.

The official title for the facility will be the Australian Automation and Robotics Precinct. We were honoured to be joined by WA minister for lands Toni Buti, Development WA CEO Frank Marra and Parliamentary Secretary Sabine Elisabeth Winton.

We attended with a demonstration of three of our robots to the press that arrived on the day and spent the rest of the day out testing in the open environment.

While the press was there, we had the lovely opportunity to chat with Channel 9, 7 West Media and ABC radio on the topic of robot development and how the industry will be benefitting from the new facility.

Above: Spot standing with our Chironix Director, Minister for Lands and CEO of Development WA

Below are a few of the stories written by The West Australian and the announcement segment on Channel 7 featuring our managing director, Daniel Milford.

We were invited to the launch of Australia's largest robotics testing facility in October of 2021.