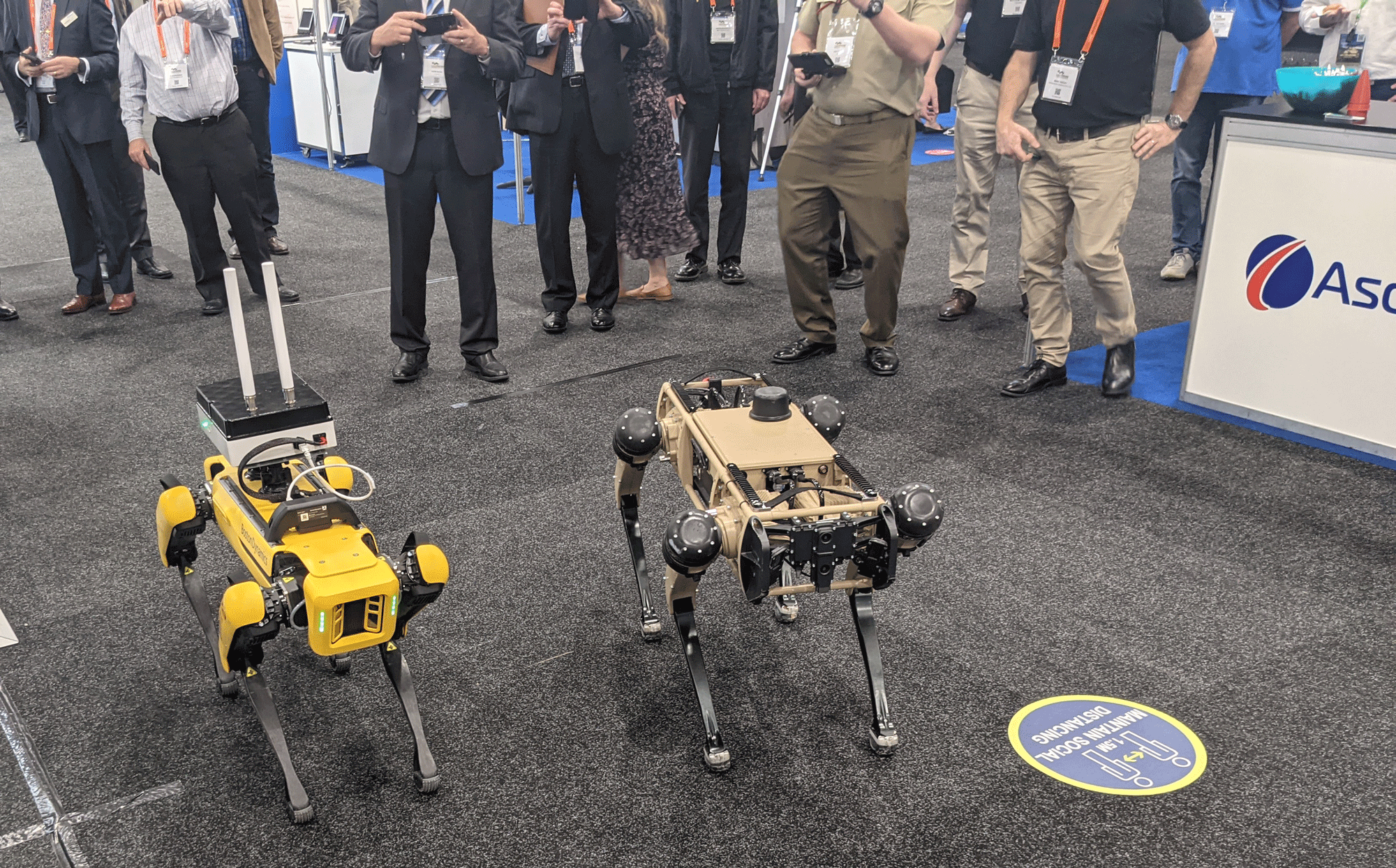 This year, Chironix was excited to attend Land Forces 2021 at the Brisbane Convention and Exhibition Centre. Land Forces is the premier event showcasing defence capability in the land domain in the Asia-Pacific region. It attracted 12,766 attendees over three days including a number of stakeholders from government and industry.

At Land Forces this year, Chironix was able to demonstrate the innovation and advanced technology the company is developing in the fields of applied robotics, autonomous systems and Human-Machine teaming. Of great interest to the attendees was Spot, the 4-legged robot from Boston Dynamics for which Chironix is their Asia-Pacific partner. We had many visitors checking out Spot at the Chironix stand, including the French Ambassador to Australia (H.E. Mr Jean-Pierre Thébault) and the Australian Chief of Army (Lieutenant General Rick Burr). Everyone was excited to see the latest generation of advanced robotics that Chironix is bringing to a number of industries.

Chironix was able to demonstrate our prototype Chiropack(TM) which gives us voice control of Spot via Glass Enterprise (Edition 2). A quick "OK Spot - Scout Forward" and Spot would then be off, running ahead and looking around and feeding info back to an operator. This demonstrated how we envision Spot, and other robots like it, teaming with humans to extend the capabilities of both. In the future, Chiropack will allow us to deliver advanced capabilities such as sensor integration, autonomous behaviour and military-grade communications as part of an open-stack architecture. This will allow any robot whether it has wheels, tracks, or 4 legs like Spot, to be able to interact across a common interface and as part of an integrated Human-Machine team.

For this event Chironix partnered with Defence West who enabled us to exhibit Spot at Land Forces. Their team works closely with companies like ours to showcase the best of Western Australia's Defence Industry. Both the federal Minister for Defence Industry (The Hon Melissa Price MP) and the WA Defence Industry Minister (The Hon Paul Papalia MLA CSC)  attended our stand and were very interested in the advanced technology being developed by Chironix. We are proud to be able to be part of the WA defence industry and at the forefront of innovation in defence capability.

This year, Chironix sent three of the team to attend Land Forces 2021.