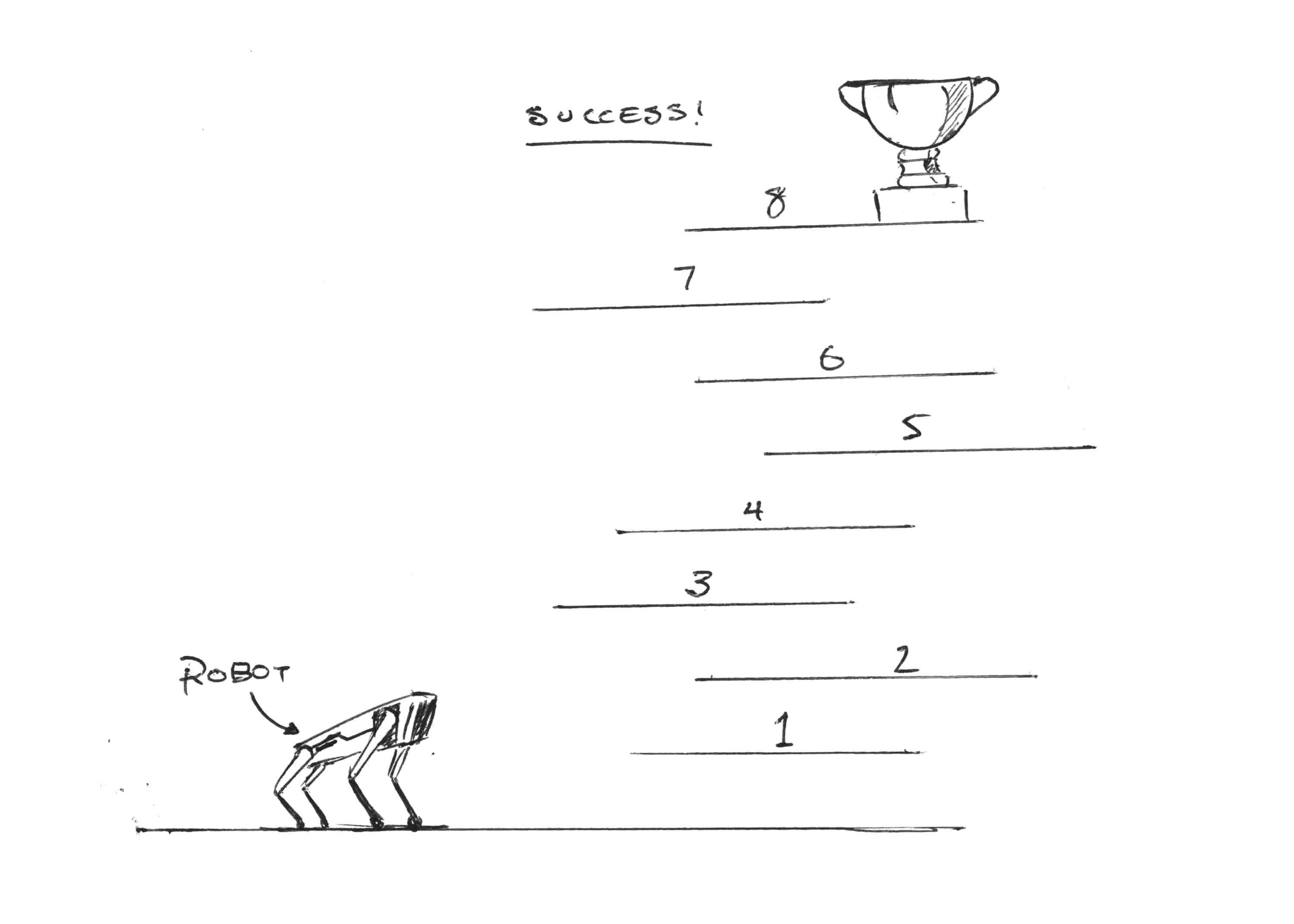 8 LAYERS TO MAKE A ROBOT SUCCESSFUL IN ENTERPRISE

Chironix strives to use the following 8-layer model to build and deploy commercially viable robotic platforms. Each layer in itself may represent several areas of technology which are in no way trivial to implement.

Hardware is the first layer of mobile robots. Hardware can be adapted to a use-case as it will change with the type of terrain, operating temperatures, time of operation, desired behaviour, etc...

Firmware builds on hardware and provides an interface to the robot.

Drivers and controllers allow the robot to transform data from and to the robot into meaningful information such as desired velocities, images or GPS coordinates., etc…

Microcontrollers can go a long way to achieve a desired standalone functionality, however, most modern and industry relevant applications will require a more powerful computing device able to run software packages required to build a maintainable robot behaviour.

An application is built on a collection of functionalities. Layer 5 is a tipping point of the 8-layer model where Return On investment starts to get generated.

Layer 6 should be built in conjunction with layer 5.  Aside from simplistic robotic applications comprising at most 10 different states, including error states, any full fledged robotic application must be built around formally defined decision making principles in order to capture and respond appropriately to any eventually. The layer is responsible for optimizing the application through means of different robot behaviours.

Although mobile robots are expected to perform a task autonomously, they still require to provide high level information back to a user and may still need to be teleported from time to time. This is usually done through a user interface that captures and displays all relevant information.

The final layer of industry ready mobile robots is a data extraction pipeline to a remote or local server for further analysis. This last layer may represent as much value as the developed functionality itself as it enables, prediction, planning and overall operations improvement..

This high-level model allows stakeholders to visualise and understand what it is we do as a company. It is also used to scope projects, recruit talent and outsource work that does not fall into Chironix’s core business.

Why aren’t robots everywhere!? The reasons for this are diverse, ranging from the ambiguity on industry standards governing the field to the logistical challenges of deploying robots in today's rapidly evolving world.