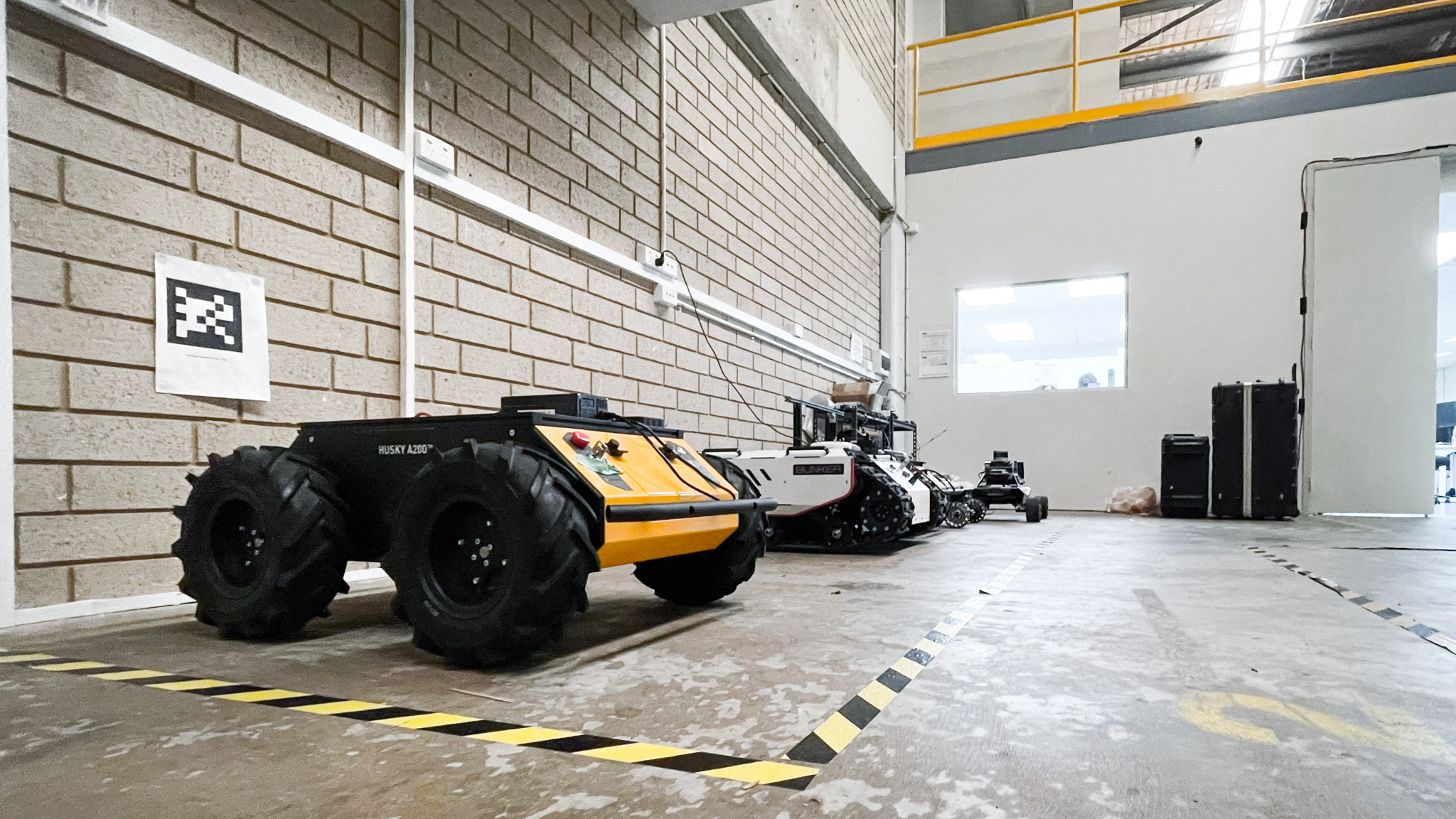 On the first day of 2022, I had a chat with our CEO and Head of Product about their predictions for the year ahead. Their first answers were predictably vague, so I had to get more specific with my questions.

Q: Who in Australia do you think is going to be using robots the most in 2022?

Considering most of our problems are around a worker shortage and productivity, companies will be looking to pass those hurdles first. At the moment, the industries making the move to automation will still be the early-adopters.

Let’s address these by separating our key areas of interest. Defence's interest seems obvious — Their TRL, (technology readiness level) for things they're exploring is relatively low. But the surface area they're exploring with these low TRL endeavours is really broad. So I don't think that they will be exploring more applications than they are currently. I think their existing applications that they are exploring, will continue to either mature or, as a result of experimentation be discontinued. So I think it's hard to say whether the net will be growth or whether the net will be cold, whether it will be a net loss in terms of how many robots are actually out there in the defence system being used, because if they are testing something, and it's not working out very well, and it's not delivering a lot of value to the it'll get to the stage with that project hitting its funding pulled. The flip side of that is the projects that are doing really well that are delivering value early are going to continue. So lucky enough, most of the Chironix stuff is in that space thus far. So imagine that and continue. So it won't necessarily be an explosion of growth that will be more of an iteration of what exists now.

The next one mentioned was oil and gas — I think the oil and gas deployments on really large and a fleet scale, in the robotics sort of industry are basically pending one party. Whoever it is, whether it's a customer of ours, or whether it's a competitor of a customer of ours, the whole world is sort of waiting with bated breath for that, over all of the experiments that are going on which one is going to deliver really, really high bottom line value. And the first one that does that, I think will trigger the explosion of robots revolutionising that industry in the same way that we saw for controlled environment, factory manufacturing, there was a tipping point at which big manipulator arms, either for reasons accuracy or for throughput, or for overall total cost of ownership, just blew away some bean counting finance wanker. In terms of the all of a sudden, they just had all this excess black ink at the bottom of their book. So they started replacing or augmenting existing human workflows with that product. And for oil and gas, it would be the same so maybe it'll be somebody’s UGV makes a breakthrough in fugitive emissions, guess detection, or maybe someones unmanned ground vehicle will make a big breakthrough in repeatable and reliable autonomous survey work of higher value, high value assets that are in remote locations. I don't know what the breakthrough application will be, but the moment that one of these applications demonstrates the right business case and demonstrates the right return on investment, for the value for that business, in any of the metrics that they're looking for a return on value, I think it'll explode.

The last one is resources. Writ large, and that's basically the the oil and gas story except applied to more things. So we've seen that autonomous haulage has become huge in the mining sector, for example. It's not without its problems, but it's long been superior to humans doing their job. So what are the jobs that are in that industry that robots can perform in a superior fashion. And superior can be labour costs or It could be efficiency or it could be throughput, or it could be repeatability, or it could be safer.

Q: Where would you be looking to find any trends in robot usage?

Factory manufacturing – there was a tipping point at which big manipulator arms suddenly made more sense to businesses.

Q: Now, considering just the industries that we work with (Defence, Oil & Gas, Mining), where do you think the use of robots will grow the most?

Distances in Australia are all vast so if there’s any industries that will be looking to save something as simple as travel-time, they’ll be the first to make improvements in that area.

The Defence interest seems obvious – the technology readiness level is relatively low, but the areas they’re exploring with the endeavours is relatively broad.

I think the oil and gas deployments on really large and a fleet scale. The first company that experiences a high-return on investment into robots, is likely to trigger an explosion of robots for the rest of that sector.

To keep up with development and the growth of our team, follow us on our socials.

At the beginning of the year, we had a chat with the CEO and Head of Product about their predictions for 2022 around robots in Australia.