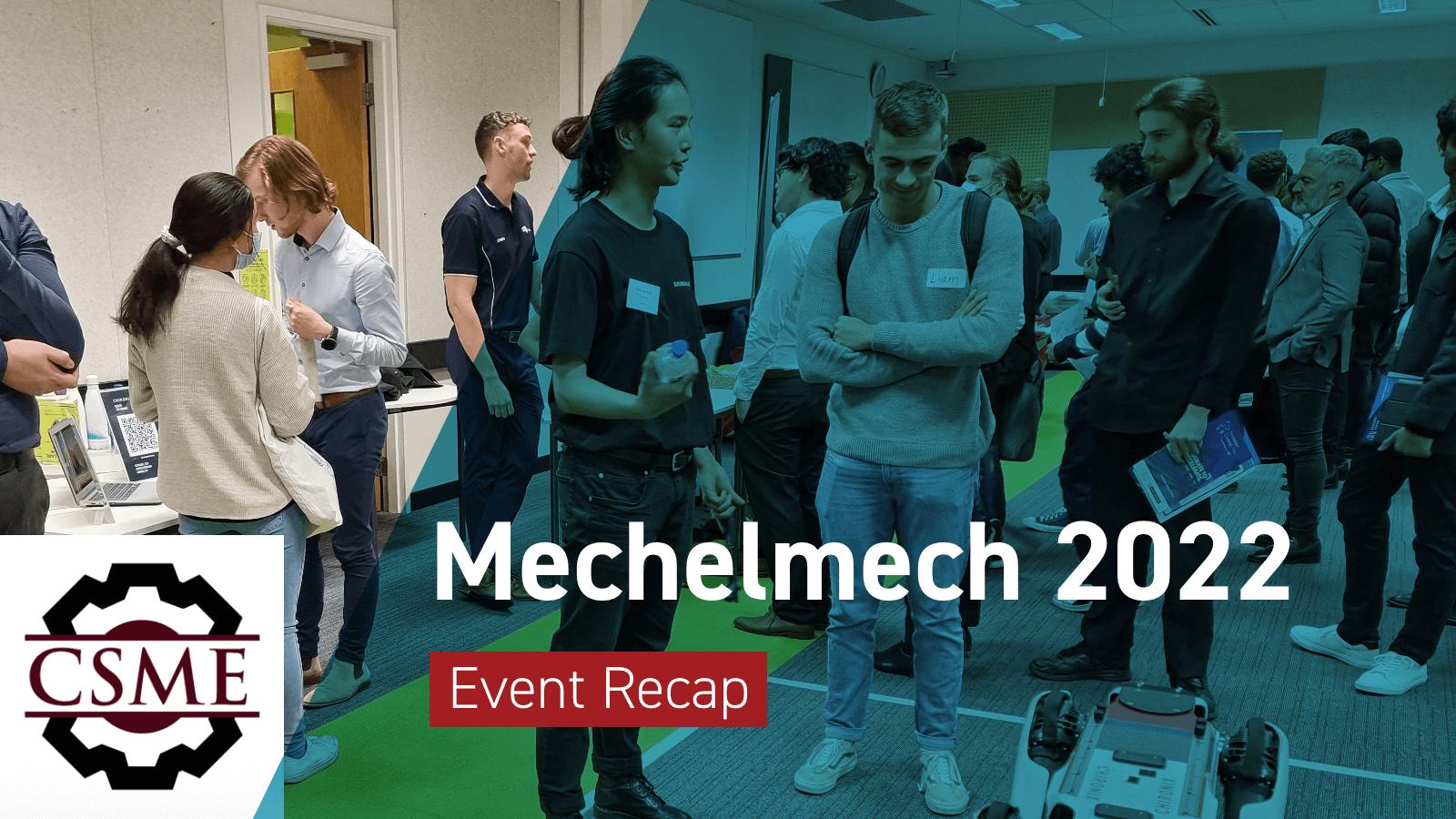 On August 17th, Chironix attended the Mechelmech 2022 Curtin Networking event, which focussed on allowing future engineering students to engage with industry professionals. The event was open to students of all years across Mechatronics, Mechanical, and Electrical Engineering disciplines.

Three members from Chironix attended the event to represent different areas of the team; Raymond Yong (Business and Tech Support), Donovan Chew (Roboticist), and Damian Hancock (Robotics Software Engineer). The spread of expertise between the team allowed students to gauge a range of different perspectives on the future of the robotics industry and the skills required to thrive in a competitive market.

Not to forget the showstopper of the team, Scooby, who gained the attention of all those in the room. Boston Dynamics Spot is a great platform to engage new talent as a smorgeous board of questions arise as one steps into a room. The robot itself utilises cutting edge technology when considering environment awareness, and stable mobility in quadruped systems. This gave students a chance to see the technology first hand and discuss some of the intrinsics around the engineering involved.

Further details about our other robotic platforms, such as Clearpath’s Warthog, were also showcased on video and some details about the testing and validation process when we develop new software for the Chironix fleet. The Curtin students seemed to have a great attraction to the idea of testing robots in realistic environments, to see the real intricacies around robots in the real world compared to studying robotics on paper.

Majority of students were most interested in finding the areas in which they can invest the most time and effort to develop the skills required to join in on the robotics race. This included programming language proficiencies and other tools to get into their toolbelt before joining the professional industry, such that they have the upper leg on the competition. Some also discussed what major to undertake in university as they were uncertain about what direction would provide them with the most enjoyment and fulfillment in their career pathway. It was great to see how keen the crowd was for an opportunity to work in the robotics industry at Chironix, all saying they were passionate about how they could have significant influence on the projects that are undertaken in house.

In future we would love to continue to share an insight of what we do here at Chironix, and the areas of robotics to investigate to broaden opportunities for those about to enter into such an amazing industry. Students are forever welcome to come up and meet Scooby, and learn about the other platforms and software we work on here at Chironix. Shoutout to the members of the various clubs at Curtin for organising the event and giving Chironix an invite; amazing crowd, and amazing opportunity for both the future of engineering and our team here at Chironix.